At just three minutes in length, Symmetry is a micro-short film that takes a look at the damage humans are causing to the Earth. We take a look at Robert Plaza’s thought-provoking film. 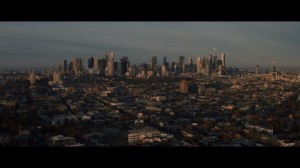 Climate change and other environmental subjects are taking up many column inches these days, and rightfully so. The world is changing, and not for the better, due to how we as a species are treating the planet n which we live. Director Robert Plaza has given us more food for thought with his latest three-minute short film Symmetry.

With just a few minutes, Plaza gives us much to think about as he shows us images of dilapidating rain forests, landfills and heavily built-up cities, all the while the voice of Matthias Lenardt can be heard telling us what we are doing wrong and how we need to change. It’s obvious that Symmetry was made to make people sit up and think about how we are mistreating the planet and the film does its job well. 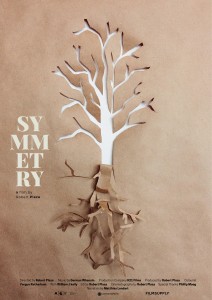 The cinematography, which was also done by Plaza, is simply stunning and wouldn’t look out of place on such big budget shows as Blue Planet. Using wide-angle lenses, Plaza lets us take a look at the planet from the skies with shots of mountains and forests, to deep within underground subways and inner-city concrete jungles. I was actually blown away by how good it looks.

Added to the imagery is a great score by composer Philip Moog which certainly helps set the tone. When pieced together you get a short but very interesting film. Something really does need to be done and I’m certain Symmetry will help the cause. A great three-minute piece.

Ghost of the Long Ago Drawer (2014) short film review