In the German city of Bremen, two very different women collide in a world that has no place for either of them. One strives for a career in law, the other works against it. This is Udo Flohr’s historical thriller Effigy – Poison And The City. 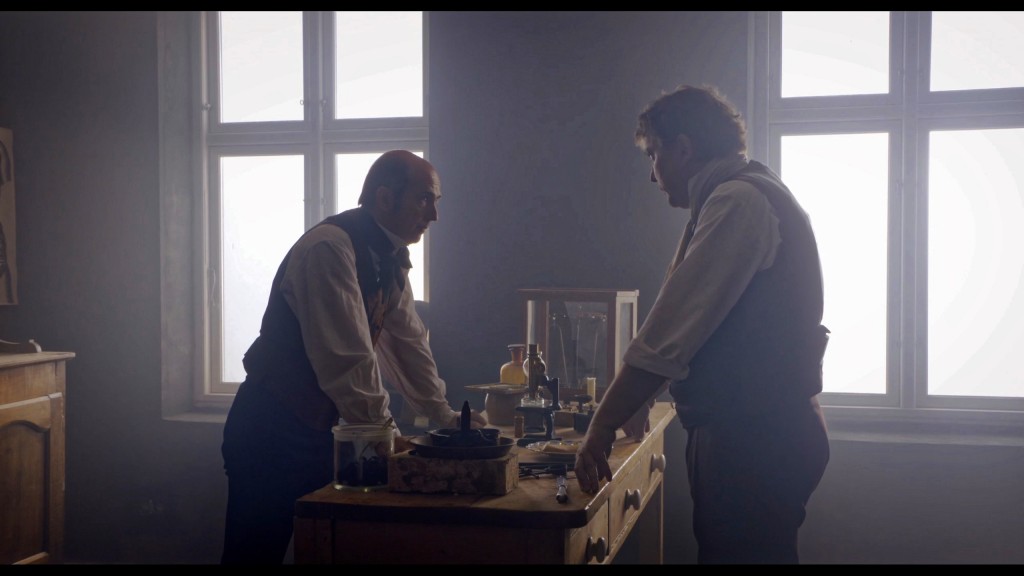 The term serial killer is a relatively new one, coined by the FBI in the mid-’70s during a police lecture in England. Of course, historical criminologists agree that there have been serial killers throughout world history and every country has seen their fair share.

Udo Flohr’s period thriller Effigy – Poison And The City is based on the true story of German serial killer Gesche Gottfried (played by Suzan Anbeh), who, using a rat poison called “mouse butter” murdered 15 people in the German towns of Bremen and Hannover between the years of 1813 and 1827. Effigy is a story not just about the investigations into these murders, but also about the political and industrial upheavals that took place in 19th century Germany.

As the film opens we are greeted by a horse and carriage travelling across the lush green fields of the countryside. As the vehicle trundles along grass and dirt tracks, it symbolises a dying form of transport. Due to the advancement of technological and industrial progression, this type of travel is under threat from the new steam age, with the local government disagreeing over whether to bother with a railway, as they are more than happy with boats, a newly appointed law clerk Cato Bohmer joins the fold. Cato is young, smart, and female. Her arrival ruffles more than a few feathers. She faces hostility as soon as she opens the door but (as played by Elisa Thiemann) she has an unwavering idealism and a face that lights up a room. She attacks every task given with grace, charm, and initiative that begins to put the rest of her male colleagues in the shade. 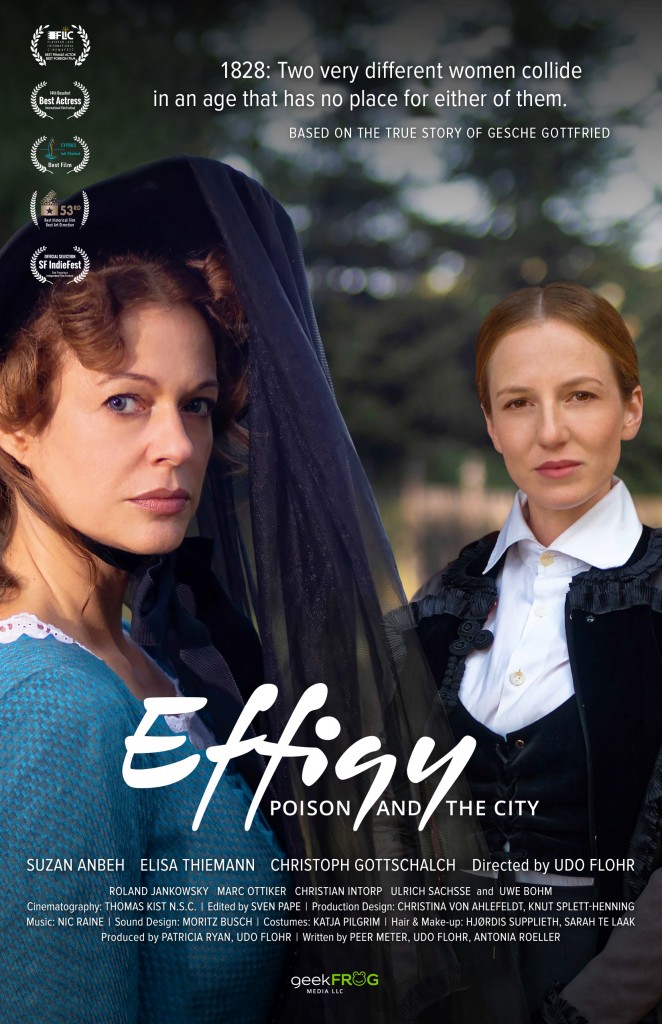 Soon after Bohman begins her new post, a local doctor files a report of suspected poisoning, bringing to the attention of law enforcement the possibility of murder. As more and more people begin to succumb to this form of arsenic poisoning, a local housekeeper Gesche Gottfried becomes the main suspect. Bohman takes it upon herself to investigate leads, look for evidence, and interview key witnesses including Gottfried herself.

Effigy – Poison And The City takes the form of a police procedural whodunit in the way it sets its story up, but because we know who the killer is quite early, it becomes more of a “how do you catch them?”. The script written by Flohr contains a lot of exposition but is very smart; his attention to detail and eye for the period during the 19th-century forensic scenes come across as very accurate. While Sven Pape’s editing is sharp and punchy; with quick cuts, he is able to connect the different strands of the story, particularly when we are hearing witness statements while murders are taking place. The cinematography by Thomas Kist is also very good as it frames the buildings both inside and out at different angles, yet with a dark tint that increases the gloom.

The way the film looks is a blessing but also a curse, because, despite how good the imagery is, it does feel like a TV drama more than anything cinematic. The problem is the pace of the movie which seems to run quite slow, Pape’s quick editing helps, but over the films 82-minute run time, there are a lot of scenes where people sit around talking to each other. Although the acting is fine and the script clever, there is no real energy or urgency to these scenes and they do tend to drag, which in turn, slows down the momentum of the film. The orchestral score, however, is a huge bonus giving the film a large-scale feel.

Effigy – Poison And The City is a smart, authentic, period piece with a script that will appeal to those of you who enjoy your slow-burning police procedurals.